Our History
Developed in
collaboration
with the US Air Force,
accelerated
by MassChallenge, and
funded
by Blackhorn Ventures, Westlight AI
ensures
Trusted Visibility into your data 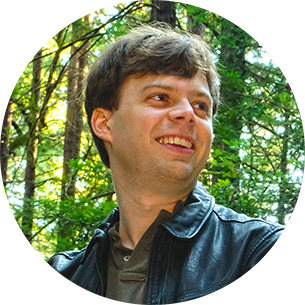 Prior to completing his PhD, Dr. Greenblatt founded an IT consulting firm, focusing on computing infrastructure deployments, data management, and HIPAA compliance. After his PhD, Greenblatt led machine learning efforts at the hedge fund Arrowgrass in New York and London. Dr. Greenblatt has returned from the world of finance to technology entrepreneurship and is currently a Managing Director at Newline Ventures and Founder & CEO of Westlight AI.
‍
At Westlight AI, Dr. Greenblatt builds products that provide Trusted Visibility into data files for the construction sector. By working with low-level internals of various operating systems, Westlight AI enables a completely new level of insight, security, and control. Westlight AI is a member of the 2019 MassChallenge Safety & Security Cohort, has received multiple SBIR grants from the US Air Force, and works closely with numerous commercial and government stakeholders. 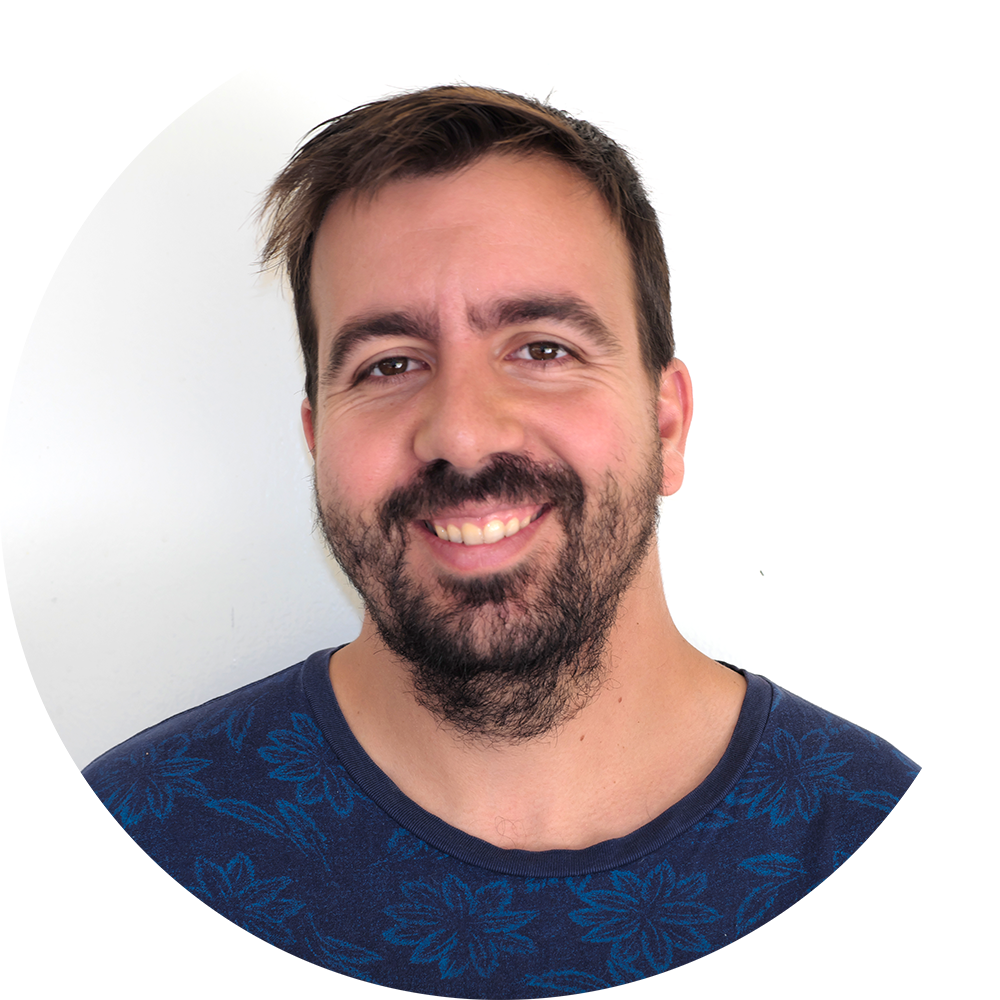 Mr. Yanes holds a M.S. in Computer Science and B.S in Computer Engineering from European University of Madrid (Spain). During his postgraduate studies at Aalto University (Finland), Mr. Yanes designed and architected the onboard computer software of the first Finnish satellite and also authored the first peer-to-peer protocol for weather stations.

With more than 16 years of professional experience, Mr. Yanes holds 5 patents in wireless technology and communications. During his tenure at Tieto, Nokia, and numerous startups, Mr. Yanes has lead dozens of engineering teams across all disciplines, with a deep focus on product development, distributed systems and Internet of Things. As former Head of Design Engineering at Nokia, Mr. Yanes lead a worldwide team of engineers and technologists to deliver products such as the Nokia N1 tablet, large cloud deployments with millions of users, and a variety of digital health tools. During the last decade, millions of users have experienced Mr. Yanes’ engineering leadership through smartphones, tablets, wearables devices, and SaaS solutions that he has developed.

At Westlight AI, Mr. Yanes architects products that provide Trusted Visibility into data files for the construction sector. By working with low-level internals of various operating systems, Westlight AI enables a completely new level of insight, security, and control. Westlight AI is a member of the 2019 MassChallenge Safety & Security Cohort, has received multiple SBIR grants from the US Air Force, and works closely with numerous commercial and government stakeholders. 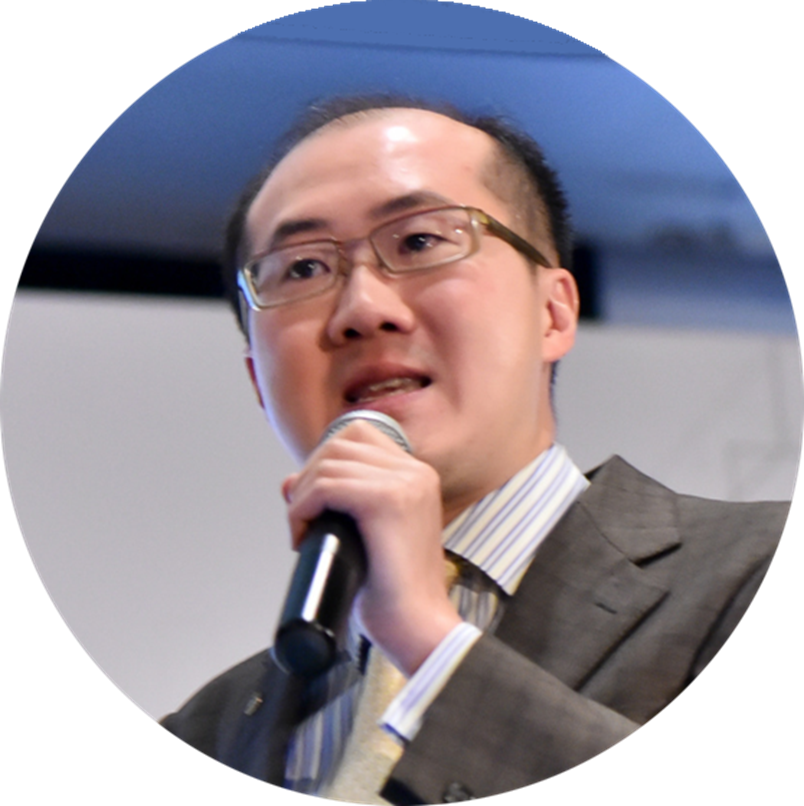 Appointed by the Chief Executive of buildingSMART International, Calvin is the President of buildingSMART USA Chapter, serving on its Executive Committee and as the Chairman of the Education and Professional Certification Committee. An elected member on Board Knowledge Committee at the American Institute of Architects, Dr. Kam is a former national chairman of AIA’s Technology in Architectural Practice and Center for Integrated Practice. Elevated to the AIA College of Fellow, Dr. Kam was a recipient of various AIA,ASCE, SOM, Stanford University, USC Alumni Award and Fellowships, as well as the ENR’s “20 under 40” and the BD&C’s “40 under 40” awards. Calvin received his Master’s, Engineer Degree, and Ph.D. from Stanford University.

At age 21, Calvin became the first and the youngest to receive dual bachelor degrees in Architecture and Civil Engineering from the University of Southern California (with the highest honor bestowed on a graduating senior for distinguished leadership and excellent scholarship). Dr. Calvin Kam has given many keynote and plenary speeches, published a number of book chapters, APEC official publications, journal articles, and conference papers.  Dr. Kam has presented at over 100 industry events, conferences and universities across 20 countries. 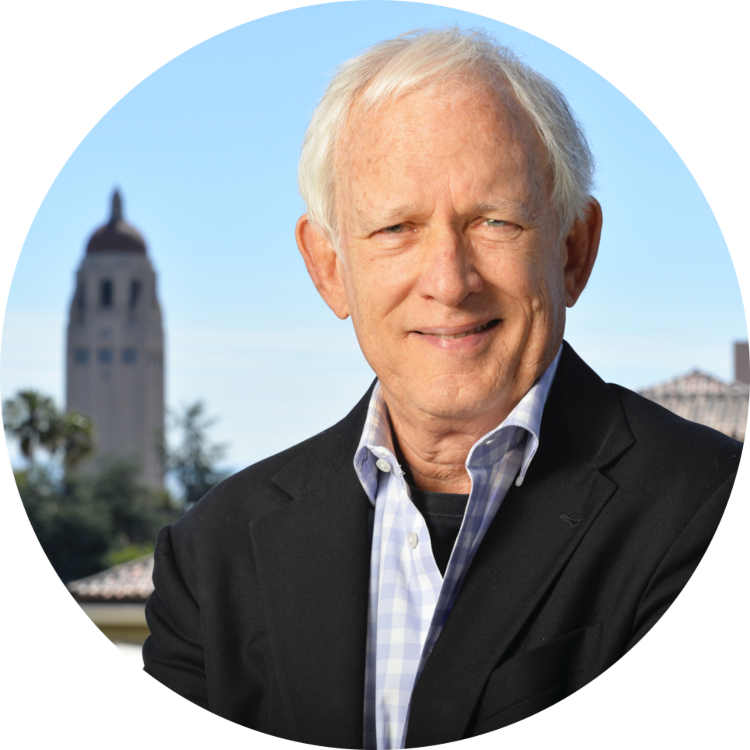 Mr. Lyons is currently Chairman and CEO of RapidAscent, Inc., a cyber security-focused academy addressing the lack of experientially trained specialists needed to reduce corporate risk-of-loss. He also serves as Chairman of Westlight AI, an advanced AI driven information assurance and security platform. He also serves in Board of Director roles for PrecisionOS, a VR enabled surgical education platform, and Real-Time Innovations (www.rti.com), focused on advanced real-time integration of complex systems and a major thought leader in the Industrial Internet of Things (IIoT).

In addition, he is a Partner with the Ratio Academy, a developer of online and corporate entrepreneurship and technology company management programs delivered worldwide. He was formerly Chairman of CypherPath,  a converged infrastructure virtualization company, sold to Mantech, and former Chairman of Shadow Networks, Inc. a cyber security company acquired by Alcalvio in 2016; both were based on technology developed through a technology transfer partnership with Pacific Northwest National Laboratory.

He is a Managing Director of Newline Ventures, LLC, a management consulting firm. From 2008 to 2011, he served as a Venture Partner with the Paladin Capital Group in Washington, D.C. and as a Venture Partner for ePlanet Ventures I and II. He was a co-founder and General Partner of Zilkha Venture Partners (Fund closed out in 2003), an early-stage venture capital partnership focused on seed and first round investments in IT and bio-technology companies, principally located in Silicon Valley. That fund was top 5 percentile rated by Cambridge. He founded SafeView, Inc. in 2002, a Government Laboratory (PNNL) spinout, to address aspects of the anti-terrorist physical security market; the Company closed A and B rounds totaling more than $23M led by Draper Fisher Jurvetson, ePlanet Ventures, GE/Invision, Paladin Capital Group, and Novak Biddle. He served as Chairman until its sale to L3 Harris in March, 2006. This technology is now the security standard in airports worldwide.

Concurrently, Mr. Lyons is an Adjunct Professor at the Stanford University Departments of Management Science and Engineering and Civil and Environmental Engineering. Serving in the Stanford position since 1988, he was a co-developer and founder of the Stanford Technology Ventures Program with Prof. Tom Byers and the founding professor of Technology Venture Formation - now merged with Entrepreneurship for The Real Economy. Both of these courses are some of the highest rated courses in the School of Engineering. He is the co-creator of the Stanford Innovation and Entrepreneurship two-week program for existing high-tech companies produced and managed by the Stanford Center for Professional Development (SCPD). This program has just completed its ninth year. He has co-produced and delivered numerous other SCPD and STVP programs. He is a co-founder of the Ratio Academy focused on creating training platforms for entrepreneurial education that has co-developed an online program with SCPD called Idea to Market (I2M) which is now available online, worldwide.

From 1980 to 1991, he was a co-founder, a Vice-President, and a Director of Integrated Systems Inc. (INTS, founded 1980), a leading implementer of high-performance real-time control systems for aircraft, automotive, and manufacturing applications. INTS was fundamentally a spinout from the Lockheed Palo Alto Research Lab and Systems Control, Inc. The Company was merged with WindRiver Systems in 1999. WindRiver was acquired by Intel in 2009.

Mr. Lyons received a Bachelors and Masters (equivalent) in Engineering Physics from Cornell University, an MSEE from Stanford, did Ph.D research in Aero/Astro at Stanford (ABD) and an MBA, with Distinction, from the Pepperdine Presidential/Key Executive Program. He is a graduate of the Stanford/AEA Institute for the Management of High Technology Companies and a Price-Babson Fellow in Entrepreneurship Education. He holds an FAA Multi-Engine Airline Transport Pilot License and Certified Flight Instructor Certificates for Instrument and Multi-Engine Aircraft and was a line instructor for Flight Safety International. He is an avid sailor and motorcyclist. 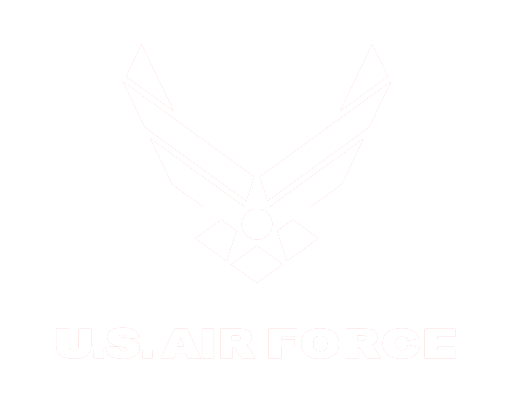 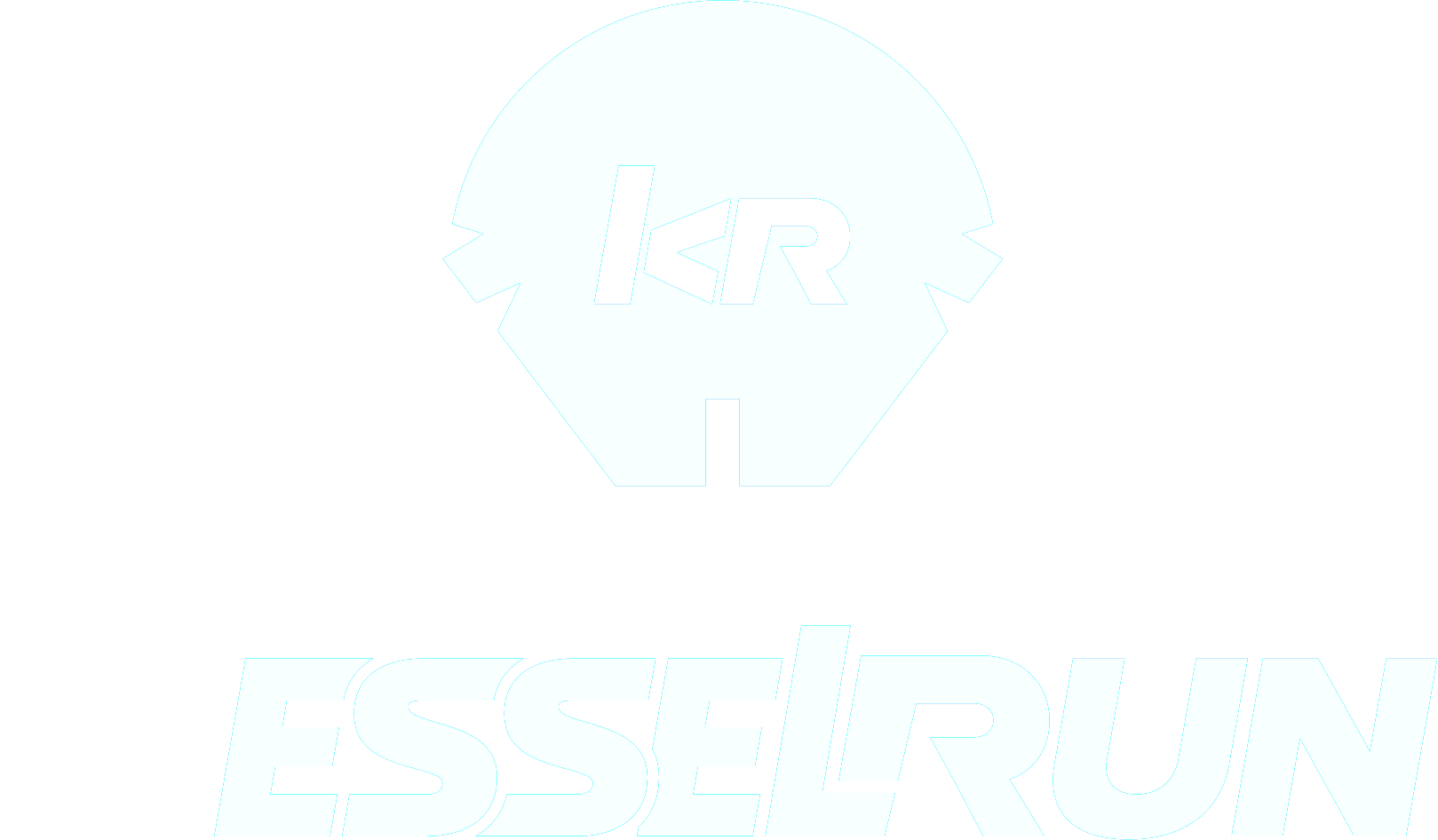 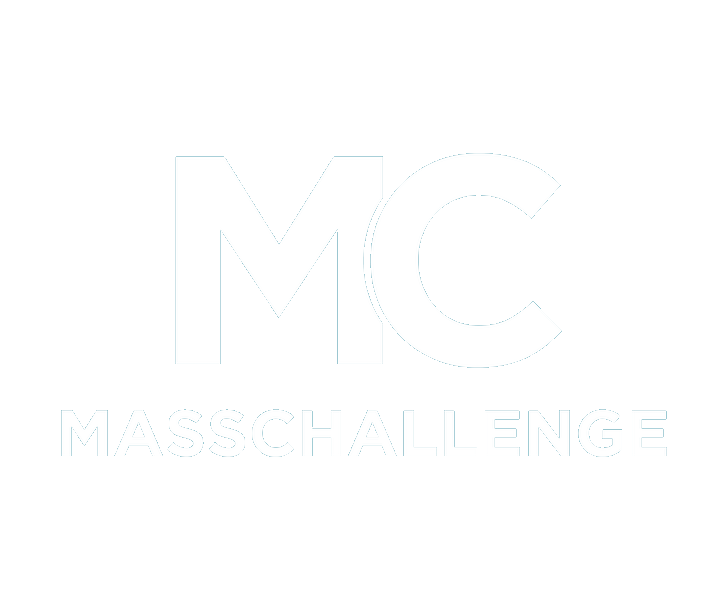 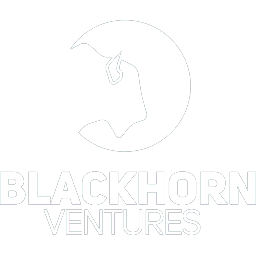 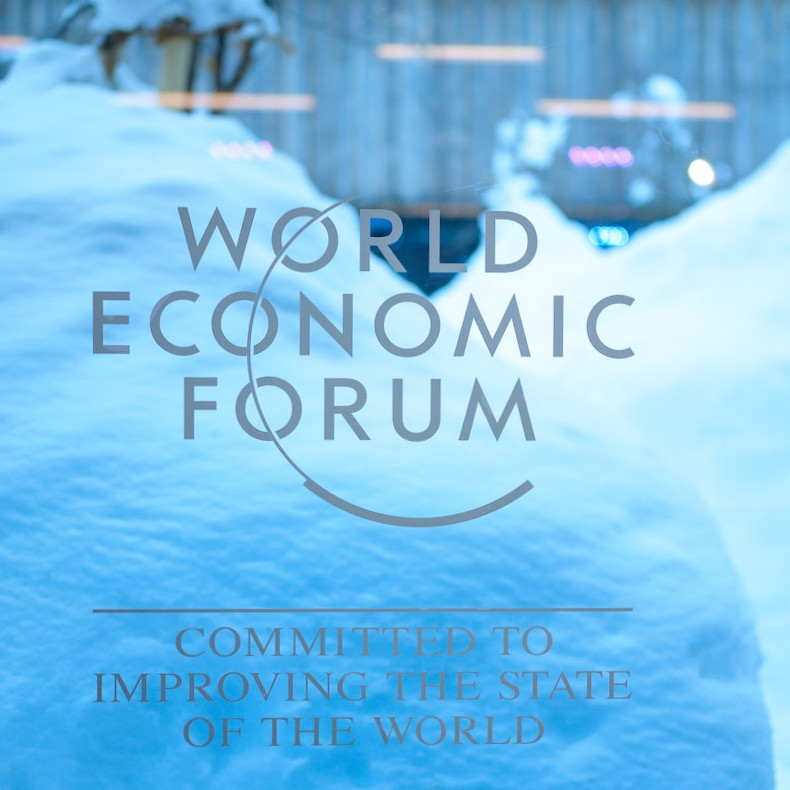 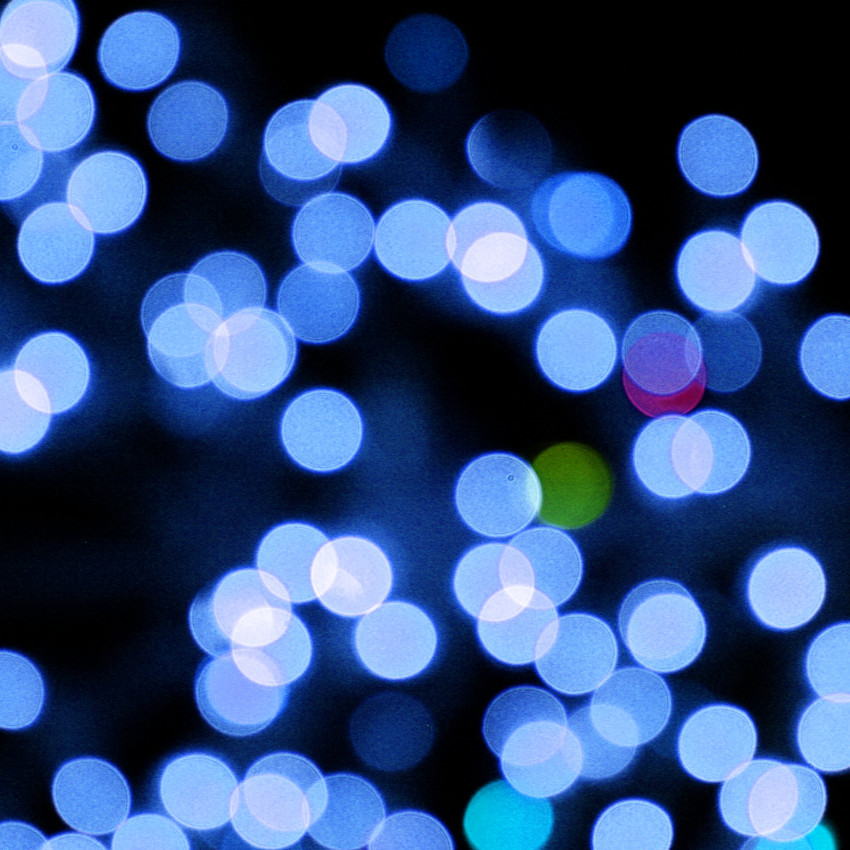 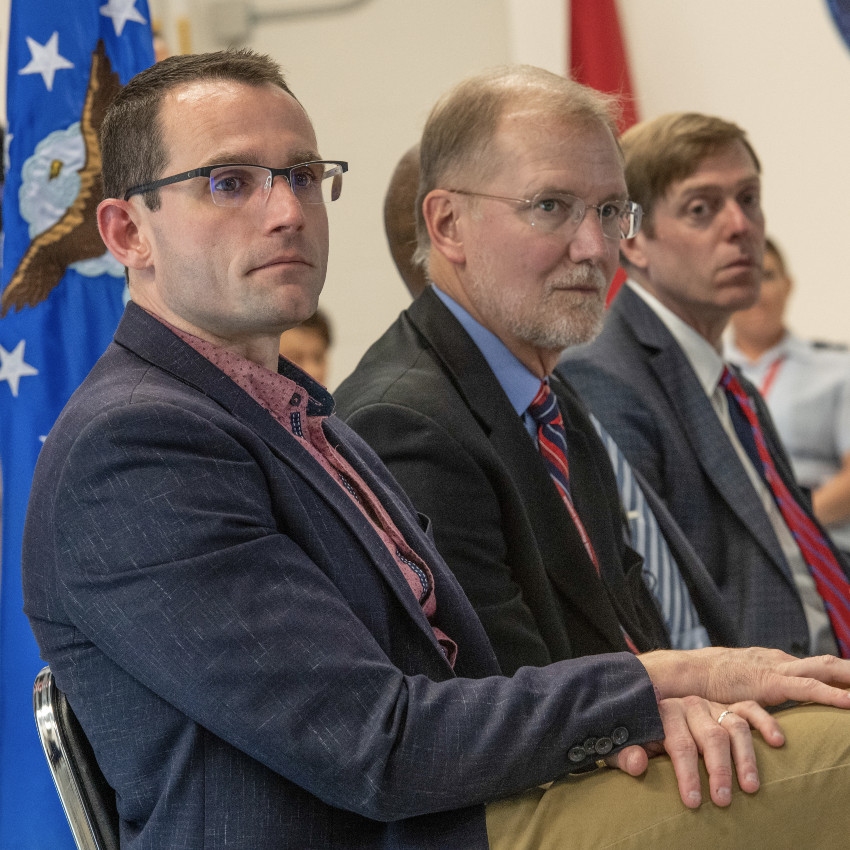